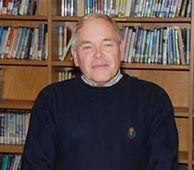 Jerry Brant is a senior grant consultant and grant writer with FireGrantsHelp and EMSGrantsHelp. He has 46 years of experience as a volunteer firefighter in rural West-Central Pennsylvania. He is a life member of the Hope Fire Company of Northern Cambria, where he served as chief for 15 years. He is currently an active member of the Patton Fire Company 1 and serves as safety officer. Jerry graduated from Saint Francis University with a bachelor of arts degree in political science. In 2003 he was awarded a James A Johnson Fellowship by the FannieMae Foundation for his accomplishments in the field of community development. For 20 years, Jerry was employed as the executive director and then president of a small non-profit community development corporation. He has successfully written more than $70 million in grant applications and proposals. Jerry has taught grant-writing classes at a number of locations and he frequently speaks at emergency services events. Jerry can be reached at Jerry.Brant@FireGrantsHelp.com.

Choose an Option for Your Grant Assistance...

Get a single-user subscription to find grants for your department.

Schedule a demo to offer service to your department, members, or customers.